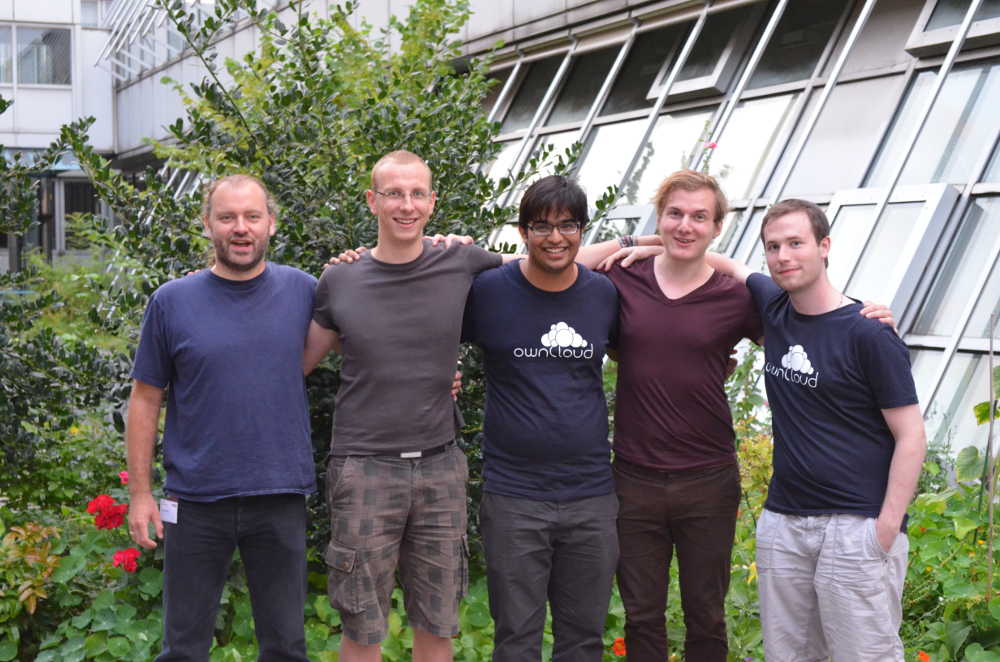 This picture is property of Raghu Nayyar and he gives me the permission to publish it here. Have a look at his other pictures from the Developer meetup.

During the last three weeks many new features are implemented. One of the biggest changes is the design. It come up in collaboration with Jan - the design guy at ownCloud. It represents all artists with their albums and lists the first 5 tracks of each album. So you are able to quickly browse your whole music collection and have a nice visual feedback where you are in the collection.

Besides this a generic placeholder for non-existent album covers evolves, which generates a color out of the album name. Psst: This is also used by the upcoming avatar feature. 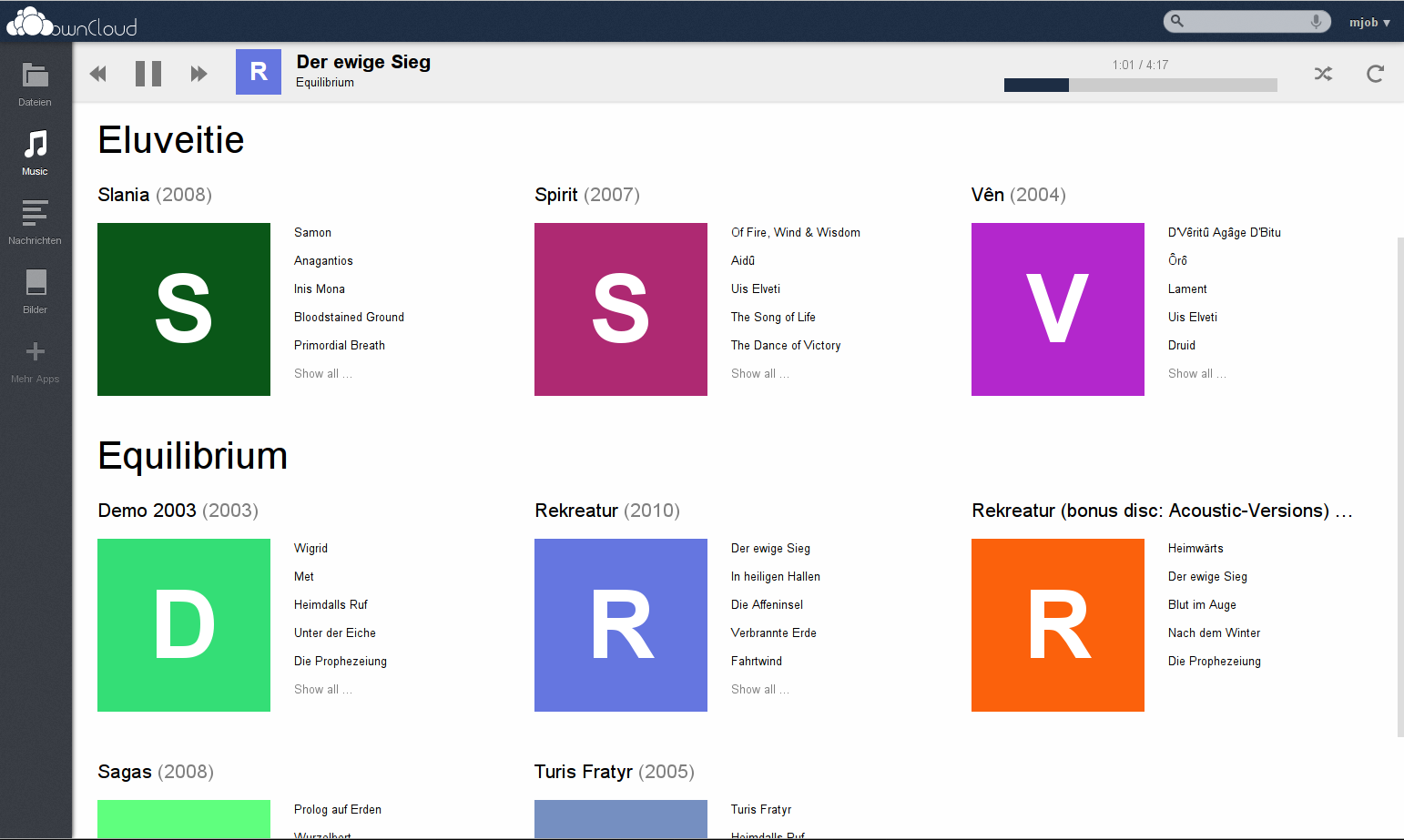 You are now able to playback your music (e.g. play an album by click on the album) in every browser out there. The current playtime and the overall time are shown as well as automatically when a song ends the next song is played (til the playlist is over).